Rare Disease Day is on February 29th 2020. It is an annual awareness day on the last day of February, a ‘rare’ date in a month with a ‘rare’ number of days! Rare Diseases Ireland (RDI) is a non-governmental organisation which acts as a national alliance for voluntary groups representing the views and concerns of people affected by or at risk of developing genetic or other rare diseases. Together with other interested stakeholders RDI organises activities to mark Rare Disease Day in Ireland. The campaign seeks to raise awareness with policy makers, public authorities, health professionals, researchers, industry representatives  and the general public. 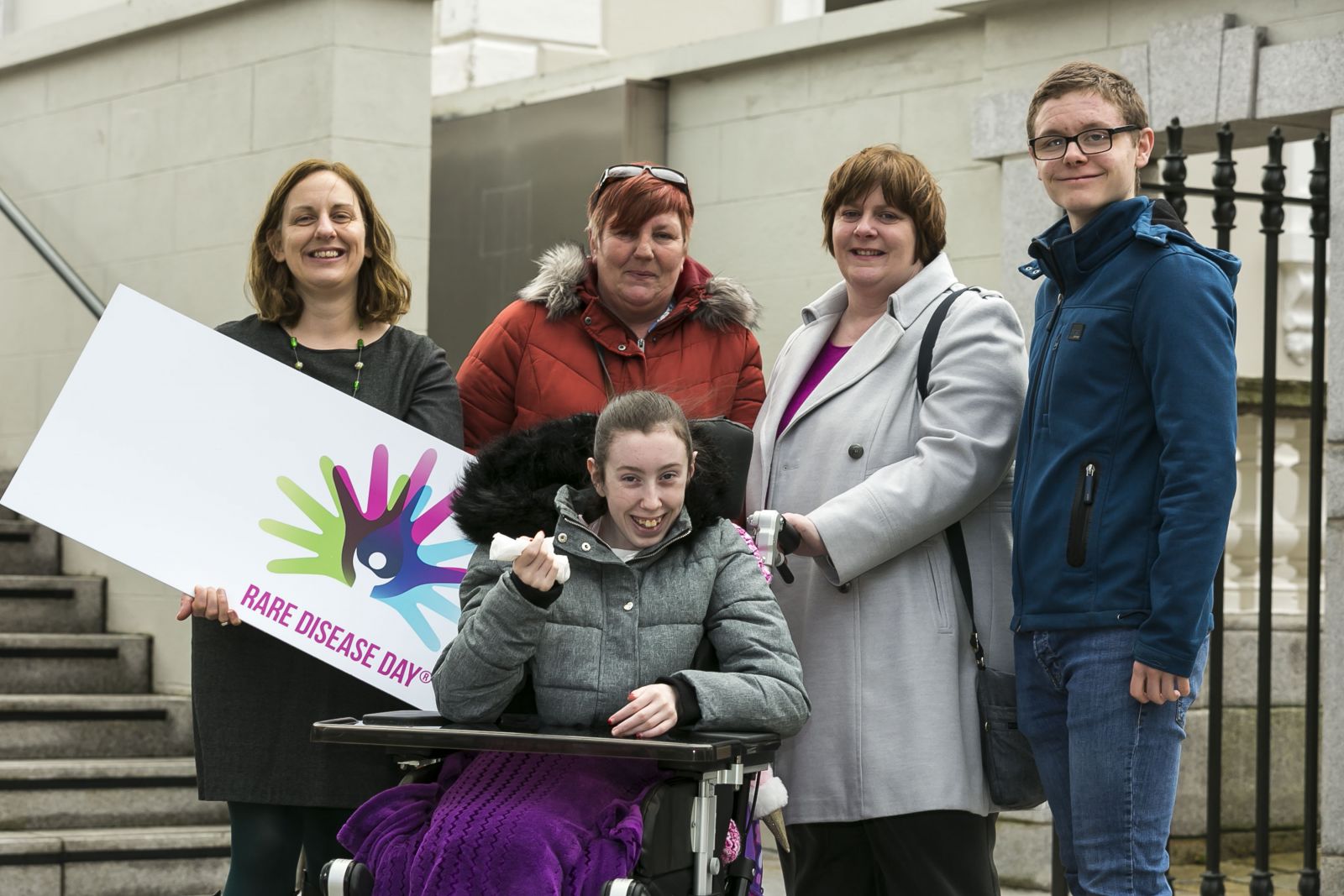 Rare Disease Day improves knowledge amongst the general public of rare diseases while encouraging researchers and decision makers to address the needs of those living with rare diseases. The campaign started as a European event on February 29th, 2008 and has now gathered support throughout the world.

An Easy Guide to Rare Diseases in Ireland and Consensus for Action was launched with minister Simon Harris at the Mansion House on 24th February in advance of Rare Disease Day. Chloe, a young woman living with Juvenile Huntington's Disease features in the Guide and attended the launch. A big Thank you to Chloe and her mother Geraldine for helping to raise awareness.